A number of Christian Euro MP’s held a Press Conference in the European Parliament on 28th June, 2016, in conjunction with colleagues from Syria, to give report of their latest humanitarian fact-finding visits to the beleaguered country.

The Press Conference was chaired by Roberto Fiore, a former Italian member of the European Parliament and a Founding Trustee of The Saint George Educational Trust.

Sadly the Christian Euro MP’s are still able to repeat the plea of the Orthodox Patriarch of Antioch, Moran Mor Ignatius Aphrem II, issued a year ago:

“Stop arming and supporting terrorist groups that are destroying our countries and massacring our people”.

“State institutions need to be strengthened and stabilised. Instead, what we see is their forced dismemberment being fuelled from the outside”.

“President Assad urged us to do everything in our hands to prevent Christians from leaving Syria. ‘I know you are suffering,’ he said, ‘but please don’t leave this land, which has been your home for thousands of years, even before Islam came.’ He said that Christians will also be needed when the time comes to rebuild this devastated country”.

“We recognise legitimate rulers and pray for them, as the New Testament teaches us. We also see that on the other side there is no democratic opposition, only extremist groups. Above all, we see that in the past few years, these groups have been basing their actions on an ideology that comes from the outside, brought here by preachers of hatred who have come from and are backed by Saudi Arabia, Qatar and Egypt. These groups receive arms through Turkey too, as the media have shown us”. 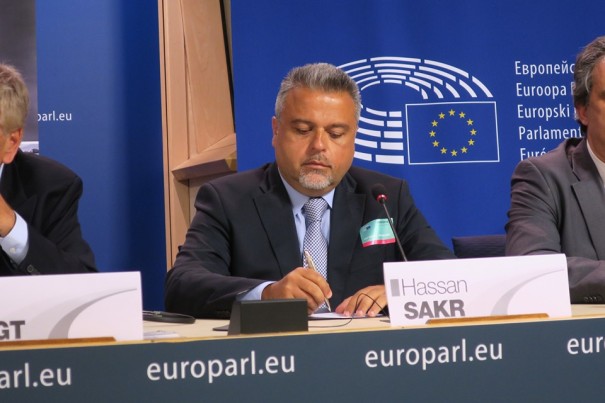