A recent article in Euronews informs that:

Italy legalised abortion on May 22, 1978……. But the legislation contained a clause allowing doctors, nurses, anaesthetists and others to declare themselves conscientious objectors and refuse to perform abortions.

Figures compiled by the Italian government show the percentage of gynaecologists objecting has jumped from 58.7% in 2005 to 70.9% in 2016.

It’s not just gynaecologists who professionally object to carry out terminations, nearly half of anaesthetists refuse to get involved, according to official data…….. other staff use more subtle means to disrupt abortions, such as nurses who don’t wash the utensils needed to carry out the operation, or hospital porters that refuse to wheel in patients…….

Alessandro Fiore, son of Italian politician Roberto Fiore and spokesman for ProVita Onlus, said posters put up in Rome and Genoa recently were part of a large anti-abortion communication campaign that will see publicity in 100 provinces.

“It is not true that legislation of abortion leads to a reduction in the number of abortions,” Fiore told Euronews.

“By making it more accessible and by normalising it in the common conscience leads to an increase in the number of abortions.

“It happened in all countries that have legalised abortion and an increase occurred in Italy in the years that followed legalisation.

“We hope that conscientious objection will increase further, this is not a cause for concern.

“The freedom of choice by women is a great misunderstanding: not only about one’s own body but also about the child in the womb, whose right to life is denied.

“We support those who object and invite reflection on why some gynaecologists and scholars refuse to practice abortion: as gynaecologists they realise what abortion is, it is a matter of destroying the body of that child.” 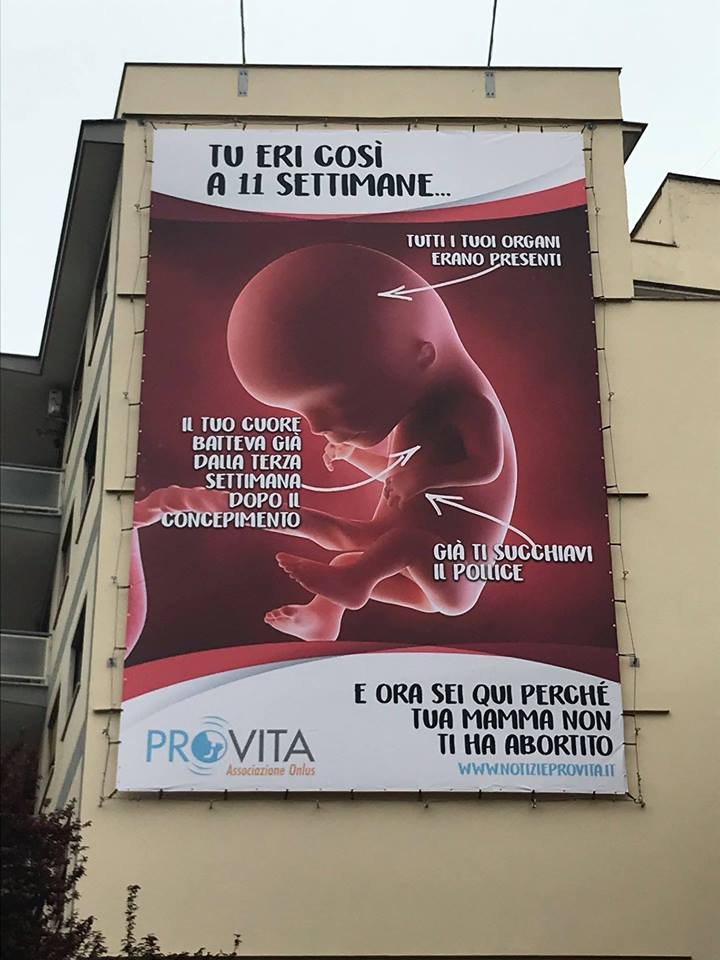