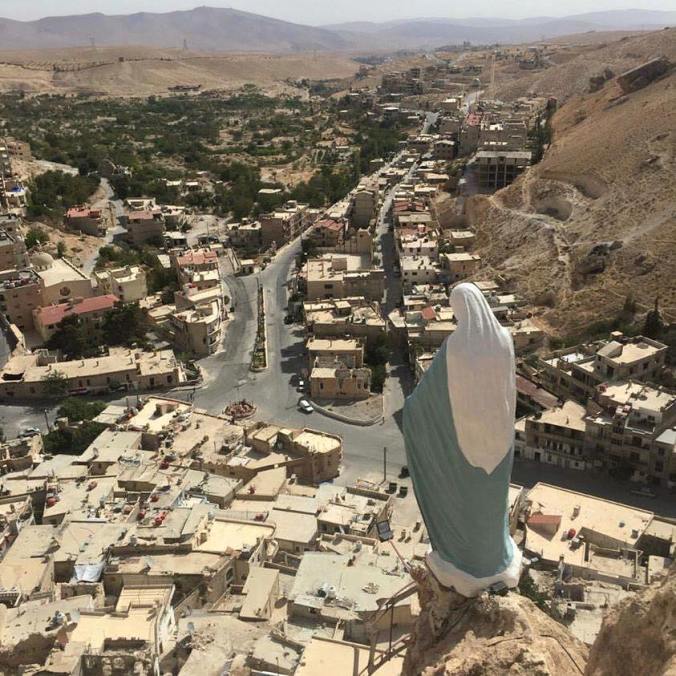 “My time in Syria began with an assignment in the Christian village of Maaloula, at the heart of the mountains in the north of Damascus. This is a charming village with an incredible cultural heritage, and I was struck by the beauty of the surroundings. The village is made of old houses painted in blue near churches with some of them built more than 1600 years ago and a great statue of Mary is contemplating the valley from the top of a hill……..

After Maaloula, I went to Aleppo to work on another assignment for three weeks. I felt so privileged to be able to discover this city that I always dreamed of. It has a profoundly rich cultural heritage and is considered as one of the oldest cities of the world……..

Finally, and to finish my time in Syria, I was sent to Homs, third biggest Syrian city. Here again, I discovered entire neighbourhoods shattered by the war with broken glass still paving the streets. Every week we went to the Qara monastery to offer our help for the many works that had to be done. We also spent quite a lot of time in Sadad, a small Christian village in the desert where we visited the elderly and gave French classes to adults and teenagers. My Syrian adventure ended on a high note with the Pentecost pilgrimage near Tartous with all the French and Syrian volunteers of SOS Chrétiens d’Orient. ”