The allegedly ‘moderate’ Free Syrian Army (FSA), funded, trained and armed by the Western Powers, is now re-branded as the Syrian National Army (SNA) and works as the spearhead of Turkey’s invasion force in northern Syria.

With the U.S.A. (and the U.K. and France) apparently no longer interested in pursuing a lost cause and withdrawing from the quagmire it created, those who once lauded the ‘moderate’ murderers when it was in Western government interests to do so now describe the ‘moderate’ opposition they created, funded, armed and trained as “crazy and not reliable.” 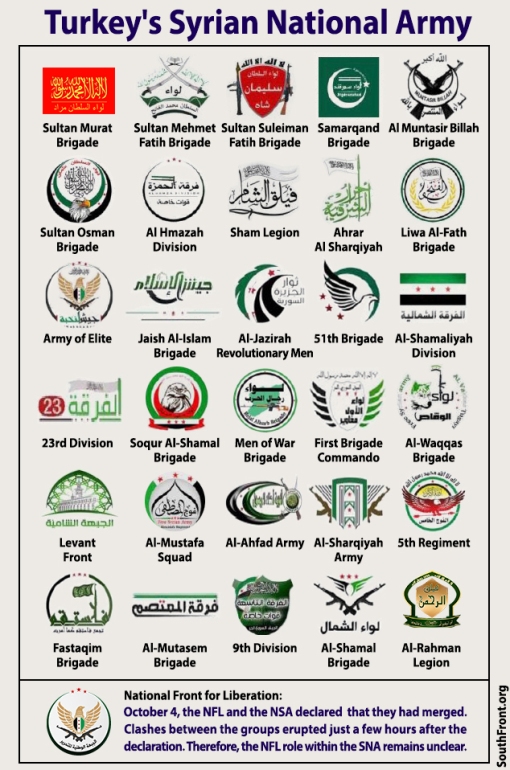