The Catholic Herald reports that:

“Two prominent Catholic leaders in Syria have criticised the US missile strikes against their nation, wondering why they occurred before investigations into the origins of chemical attacks reported earlier this week……

….. Syriac Catholic Patriarch Ignace Joseph Younan called the attack an aggression and told Catholic News Service: ‘It is a shame that the United States administration didn’t wait until an honest United Nations investigation was thoroughly made into what is said to be a chemical air strike in Khan Shaykun’.

‘The agglomerate media and the supremacist policy of the USA just want the killing and destroying conflict in Syria to continue, and this primarily to kill whatever attempt to resolve the bloody crisis,’ added Patriarch Younan, who was born in Syria and served for 14 years as bishop of the New Jersey-based Diocese of Our Lady of Deliverance for Syriac Catholics in the United States and Canada.

Bishop Georges Khazen, who serves Latin-rite Catholics in Aleppo, told the Rome-based Fides news agency that he was baffled by ‘the speed with which it was decided and carried out, without any adequate investigation into the tragic massacre with chemical weapons which took place in Idlib province.’

He said the attack ‘opens new disturbing scenarios for all.‘ ……

….. Syrian officials called the attack a ‘blatant aggression,’ and the General Command of the Syrian army said it ‘confirms the continuation of the wrong American strategy and restricts the counterterrorist operation that the Syrian army is conducting.’

The Syrian state news agency SANA reported nine civilians, including four children, were killed in the US attack. SANA said the civilians died in villages near the airbase and that seven more people were wounded. It was not clear whether this figure included any of the six dead announced by the Syrian army earlier.

Patriarch Younan, who said he passed Shayrat Air Base after the strike, en route to celebrate a funeral in Hafar, noted the US was accusing Syria – a UN member – of using chemical weapons, but had not investigated the charge.

‘The Syrian army was fighting successfully to end the bloody conflict going on for long. It did not need any military intervention that would be condemned by international agencies, such as using chemicals,’ he said. He added that Christians would suffer the consequences, and the final results of displacement and persecution would not be known for decades.

After the chemical attack was reported, Chaldean Bishop Antoine Audo of Aleppo told Fides that although he understood things were not always what they seemed, he could not imagine the Syrian government ‘is so naive and ignorant to be able to do such errors.’ …..

….. ‘Two days ago, US President Donald Trump said that Assad is part of the solution of the Syrian problem. Now he makes statements that say the contrary,’ Bishop Audo told Fides. ‘There are interests of regional powers involved in the war. We should always take this into account, especially when certain things are repeated with similar dynamics, and trigger the same reactions and the same effects already experienced in the past.’ ”

Constantly harped on about by the morally bankrupt Western Political Class and by the Presstitutes of the Mass Media, Bishop Audo of Aleppo says it is “An entity which in actual fact does not exist”.

“They remain the same, members of the same jihadist Sunni extremism……. that imaginary ‘moderate Syrian opposition’ which certain powers appear to need to continue to pursue their own plans for Syria”. 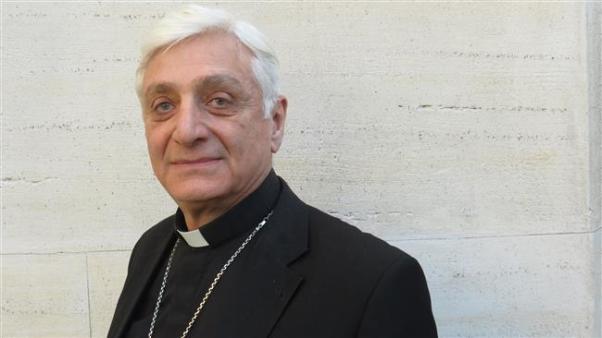 “A bishop from the Syrian province of Aleppo says the majority of the Arab country’s Christian community supports President Bashar al-Assad in any future election.

The Chaldean Catholic bishop, Antoine Audo, said on Wednesday that about 80 percent of Syria’s Christian population would support Assad if he stood for reelection.

Speaking to reporters in Switzerland’s city of Geneva, Audo criticized “propaganda” against the Syrian leader, insisting that there was no persecution of Christians by the government.

He further said that ongoing deadly conflict in the country aimed to “destabilize the Syrian society and transform the war into a confessional war.”

The bishop added that other minorities and communities in the country also supported Assad in his fight against “the extremists.”

Audo stated that different terrorist groups including the Daesh militants fighting the government in Damascus posed a serious threat to Syrian Christians, forcing hundreds of thousands to flee the country.

According to Audo, the country’s 1.5 million Christian population before the start of the foreign-backed militancy in 2011 now stands at about 500,000, “due to insecurity.”

He said only around 40,000 of Aleppo’s once 160,000 Christian population remained in the province, adding that the community faced great dangers day to day”.