Excellent new book, just become available…….  It’s one of those *must* reads!

Exterminating Poverty: The true story of the eugenic plan to get rid of the poor, and the Scottish doctor who fought against it.

Forced abortion could await those deemed ‘unfit’ to propagate in 21st-century Britain. It’s no different from the Nazi extermination policy directed against people who the German eugenicists decided were biologically or mentally undesirable. And then, the next step. No doubt, forced sterilisation would become the fate of all those looked upon as ‘inferior’.

“Doctors must not be allowed to perform an abortion on a pregnant mentally-ill woman, Court of Appeal judges have ruled.

A judge on Friday concluded that a pregnancy termination was in the woman’s best interests.

Mrs Justice Lieven had analysed evidence at a hearing in the Court of Protection, where issues relating to people who lack the mental capacity to make decisions are considered, in London.

But three appeal judges on Monday over-ruled that decision after the woman’s mother, a former midwife, mounted a challenge.”

A spokesman for the Society for the Protection of Unborn Children writes:

“The initial decision to form an abortion on a disabled woman against her will, when her mother had promised to look after the child, caused shock and outrage around the world. A forced abortion is one of the worst things that can be done to a woman, and it is beggars belief that a judge of this land advocated this kind of cruelty and barbarity. We rejoice that common sense and basic decency has prevailed, and the mother and baby have escaped this appalling fate.”

But the Neo-Nazi mentality is far from defeated. And it’s not limited to Britain. Be aware of it and oppose the coming eugenics nightmare.

The Neo-Nazi threat to Britain 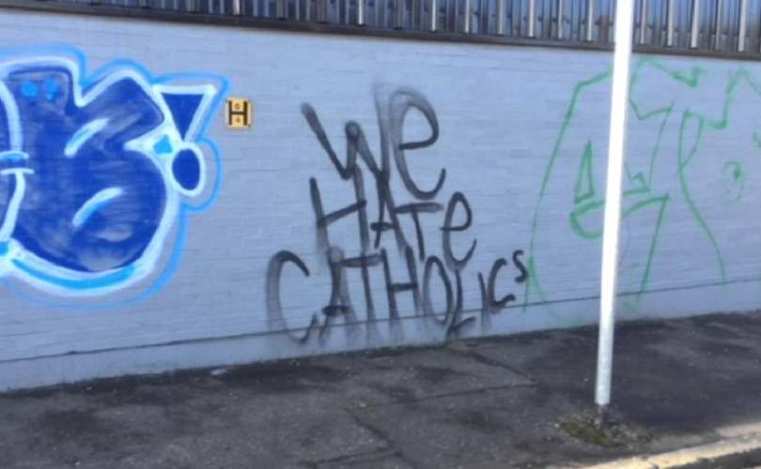 A new play celebrating the life of the infamous Nazi eugenics-supporting, anti-Catholic bigot, Marie Stopes has been funded by the Arts Council England and is setting out on tour.

Stopes, founder of the Society for Constructive Birth Control and Racial Progress, attended the 1935 International Congress for Population Science in Nazi Germany, sponsored by its German branch and by the Society for Racial Hygiene.

“Catholics, Prussians, Jews and Russians, all are a curse, or something worse,” wrote Stopes in 1942.

Polite, but strongly worded, complaints should be send to theatres hosting this new play celebrating the life and views of a vile and monstrous woman, who is praised by today’s Neo-Nazis for her anti-life beliefs and activities. Stopes advocated forced sterilisation of people she considered unfit for parenthood and she even disinherited her son because he married a girl who needed glasses!

Tour date details at this link 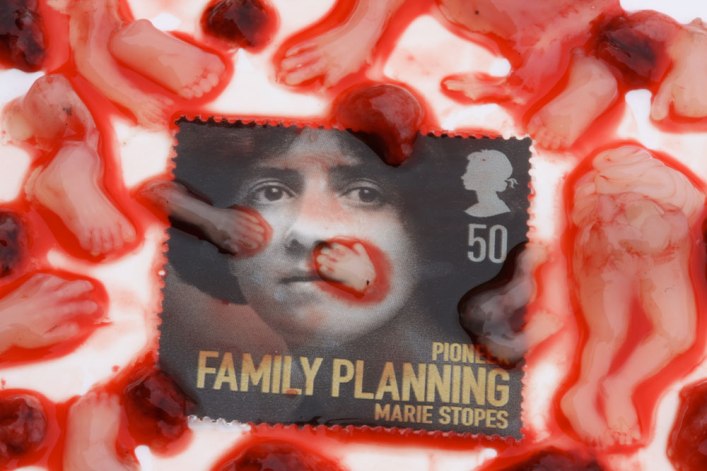 A big demonstration in Lviv, yesterday, by followers of the World War II Nazi-collaborators who founded the Ukrainian State upon the genocidal butchering of up to 100,000 Polish men, women and children in Volhynia and Galicia beginning in March 1943.

On the banner in the first photo above, along with the anti-Polish statement, is a picture of Shukhevych, one of the Nazi-collaborationist leaders behind the genocide of Catholic Poles.

“The atrocities were carried out indiscriminately and without restraint. The victims, regardless of their age or gender, were routinely tortured to death. Norman Davies in ‘No Simple Victory’ gives a short, but shocking description of the massacres. He writes:

‘Villages were torched. Roman Catholic priests were axed or crucified. Churches were burned with all their parishioners. Isolated farms were attacked by gangs carrying pitchforks and kitchen knives. Throats were cut. Pregnant women were bayoneted. Children were cut in two. Men were ambushed in the field and led away. The perpetrators could not determine the province’s future. But at least they could determine that it would be a future without Poles.’

‘Liquidate all Polish traces. Destroy all walls in the Catholic Church and other Polish prayer houses. Destroy orchards and trees in the courtyards so that there will be no trace that someone lived there… Pay attention to the fact that when something remains that is Polish, then the Poles will have pretensions to our land’. ”

Yesterday’s demonstration, which glorified the genocidal massacre of 100,000 Catholic Poles in the 1940’s, called for the ‘removal’ of Polish-speakers from western Ukraine.

To comprehend the seriousness of this threat to Catholic Poles it is enough to consider the terror these monsters have launched against Russian-speakers in eastern Ukraine following the George Soros and CIA facilitated coup that turned Ukraine over to them.

Another high-profile case generated by the U.K.’s version of the Nazi Aktion T4 euthanasia programme:

The hospital authorities want to euthanize him.

Isaiah’s mam says “I see a child who is injured. He needs love. He needs care. I have it. I can give it ………… I don’t think it is right to say who should live or who should die. If God wants to take the person, He will.”

The judge says ‘kill him’.

Perhaps the most despicable and monstrous aspect of Neo-Nazi ideology is alive and well, and thriving, in modern Britain.