“Disgusting perverts” said the policeman to a group of graphically illustrated dancing, kissing, cuddling, frolicking, debauched, biological males as he and his colleagues whisked them off to gaol in the newly-released period-drama film ‘Downton Abbey’.

Save your money, save your blood-pressure, save your children’s embarrassment (it’s rated PG), save the contents of your stomach and the cinema upholstery. Protect your souls.

(And make sure all your friends and family are warned about the nasty policeman).

A bus driver in Norwich was suspended by the bus company for refusing to drive a vehicle publicly displaying material glorifying a repulsive ‘lifestyle’ based upon sodomy and other vile perversions.

Bigoted and intolerant passenger-in-waiting, Rebecca Grace Sears, refused to respect the driver’s conscience and reported him to the equally bigoted and intolerant bus company who suspended him because “we do not condone any behaviour from our drivers that does not support this view”. Not content with that Rebecca Sears, pictured on the right in the photo below, proceeded to publish a photograph of the bus driver on social media and contact the press to take up the story.

Support the bus driver, at this link, and defend his right not to be forced to act against his conscience or to be thrown on the dole because of it.

With abortion and sodomite ‘marriage’ apparently about to be enforced on the six counties in the north-east of Ireland under Westminster rule, and along with it devolution destroyed, is it time for Catholic Republicans and Protestant Unionists to collaborate to forge a pragmatic destiny away from the immoral Cultures of Death running rampant in the Irish Republic and in the U.K.? 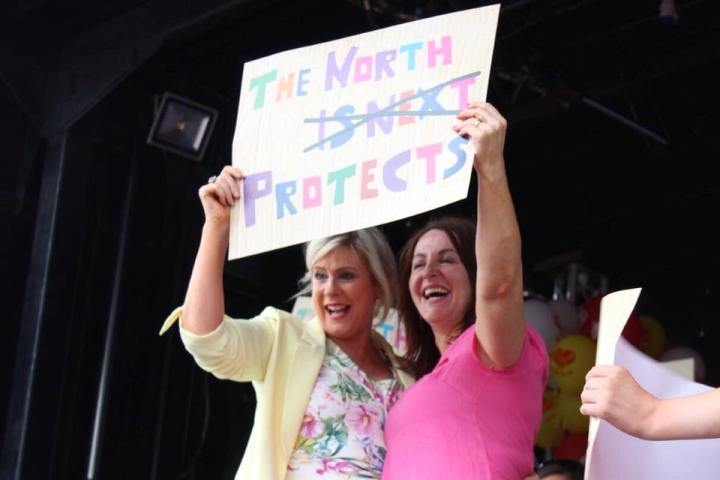 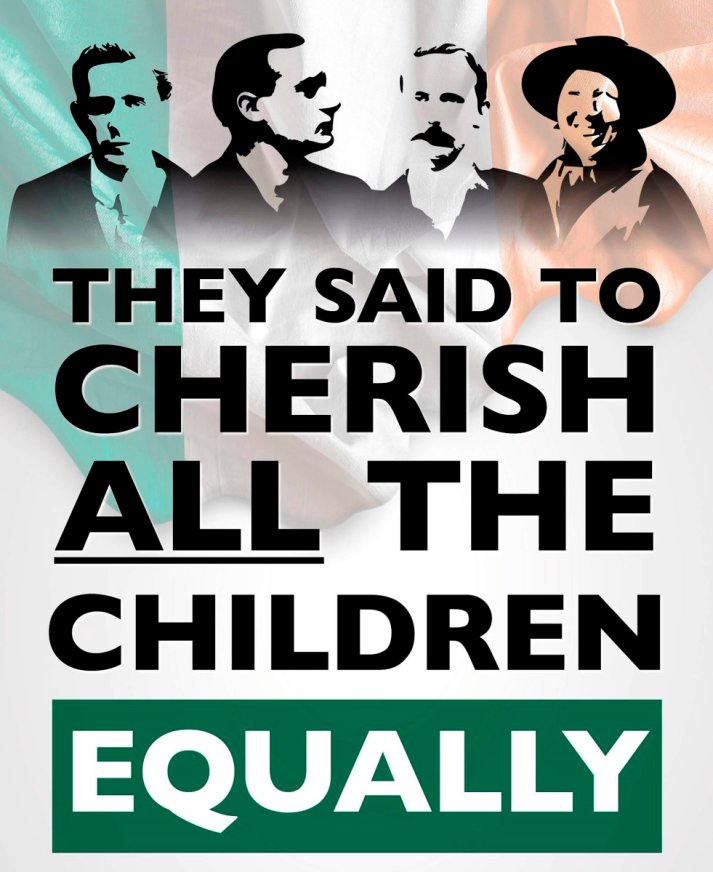 British politicians are once again pursuing genocidal policies against Irish families, this time by trying to enforce abortion and sodomite ‘marriage’ onto the north-east of Ireland, which is still under the political control of the British parliament.

In the mid-1800’s British politicians, who then controlled the whole of Ireland, exported thousands of ship-fulls of grain, livestock, ham and bacon, beans, onions, butter, honey, fish, and even seed, out of Ireland leaving Irish men, women, and children to starve to death or die of disease on the back of a rotten and diseased potato crop.

And now the genocidal ‘solution’ of the British political class is back again, targeting Irish men, women and children for gradual extinction. This time they are trying to introduce genocide by sterility and to brainwash Irish people to stop breeding and having big families.

Exactly 100 years ago Britain’s favourite politician Winston Churchill, who was a big supporter of eugenics and campaigned to enforce sterilisation on the poor and those with ‘undesirable traits’, founded and sent in the Black and Tans to torment, torture and terrorise Irish families.

Today his heirs are trying to send to the north of Ireland abortion and sodomite ‘marriage’ to ensure that Ireland will not have children.

How vile is this? Yet who should be surprised at the lack of reaction against it in an ever-deeply more degenerate post-Christian world? 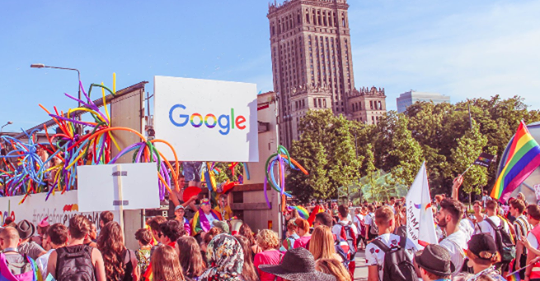 Homosexual “pride” parades are spreading like locusts in Poland this year. In Warsaw, the parade was opened by the representatives of various embassies, USA included. Then there were delegations of big finance and large corporations. There is a long list of foreign companies directly sponsoring this ‘event’ in Warsaw. According to this article, the growing list of corporate sponsors should be understood as a “sign of support for a group of consumers that is attractive from the point of view of advertising. It is also a manifestation of the system of values that many brands declare in their DNA as well as a response to consumer expectations.”

Now, this Kulturkampf is aimed at destroying the two most important social institutions, that is, marriage and the family. The family, which requires stability of employment, becomes an obstacle for Capital to achieve higher profits. Therefore, Capital advocates individualistic, hedonistic, and anti-social behaviours, which are a boon to the modern labour market (low-paying jobs, part-time jobs, junk contracts, etc.), but make the normal functioning of the family impossible.

The current neocon government does absolutely nothing to stop this tragedy.

A few years ago, the so-called equality parades attracted several thousand participants and had an innocuous character. Currently, they are much more numerous and increasingly vulgar and brazen. Poland is fast catching up to the ‘civilised’ West, trying to fulfil the ideological directives coming from the centre of Globalization.

Why won’t PiS [the ruling government party] take any concrete steps to limit the LGBT propaganda and block foreign funding?

Well, it is because PiS, inserting Poland into the Western geopolitical design where the LGBT ideology is a component of the hegemonic ideology, has left itself no alternatives. 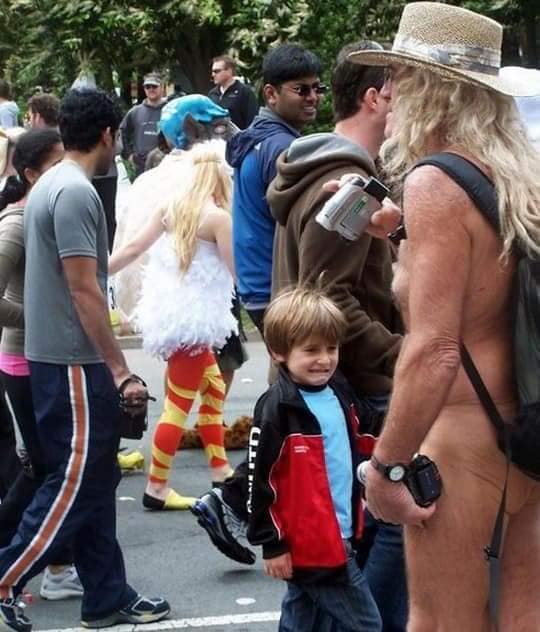 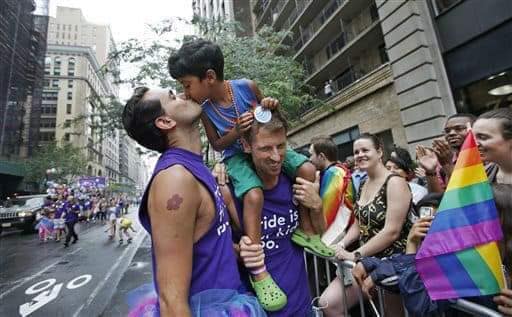 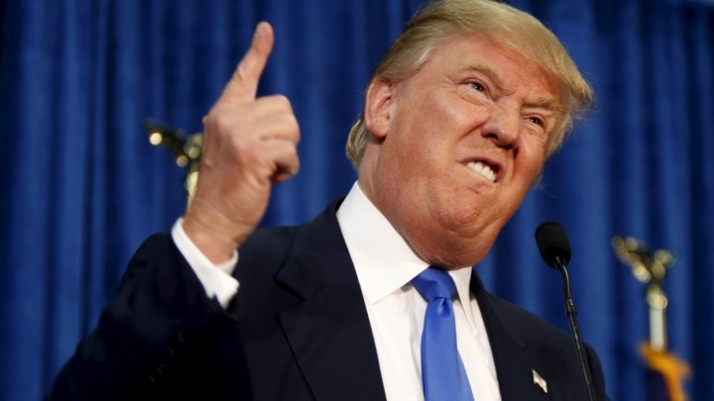 “I have no problem with it whatsoever. I think it’s good,” says President Donald Trump of the USA, in a filmed interview to be shown on the USA’s Fox News Channel on Sunday 26th May. “I think it’s absolutely fine.” “It’s great.”

He is referring so-called same-sex ‘marriage’.

Trump has been long-fawned over by many emotionally-blinded pro-lifers who somehow deceive themselves into thinking Trump is some sort of a pro-life champion and defender of Christian values.

But you can’t get more anti-life than being in favour of sodomy and the social replacement of sacramental marriage and children with unnatural sin and sterility.

Isn’t it time to build grass-roots, Catholic-orientated, social and political alternatives to these immoral political delinquents? 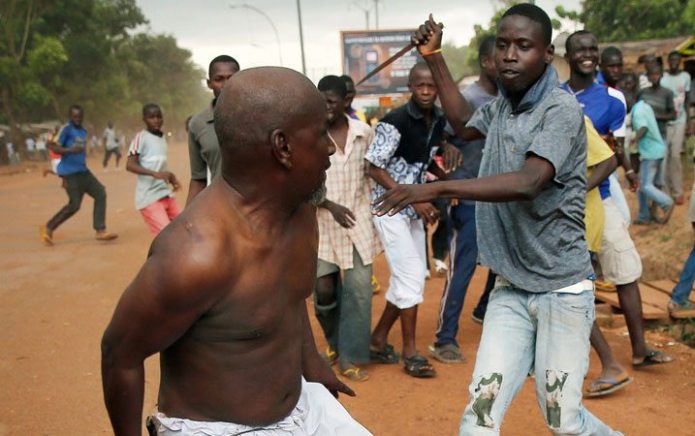 “Two prominent Roman Catholic Church cardinals have urged an end of what they call ‘the plague of the homosexual agenda’, telling bishops to break their complicity over cases of sexual abuse” …….. read more:

“Cardinal Brandmüller claimed that only a ‘vanishingly small number” of clergy had committed abuses. He said the real problem was homosexuality and claimed it is ‘statistically proven’ that there is a link between homosexuality and abuse…….. ’80 per cent of cases of sexual assault in the Church involved male youths not children,’ he told Germany’s DPA news agency” ……. read more:

Child Sexual Abuse in the Catholic Church: How Common is it Really? ……. read more: 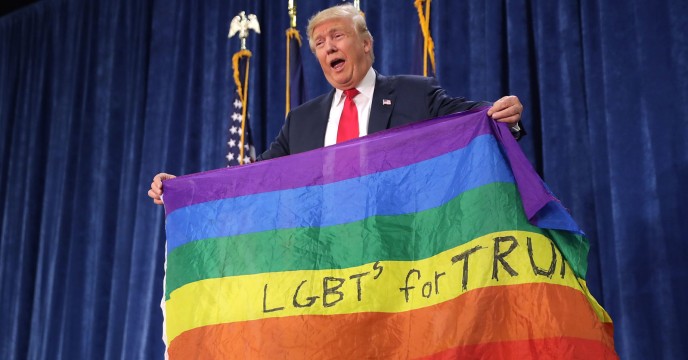 “The Trump administration is launching a global campaign to end the criminalization of [sodomy] in dozens of nations …….”  read more

“At the time of this tribulation a man, not canonically elected, will be raised to the Pontificate, who, by his cunning, will endeavour to draw many into error and death…….. for in those days Jesus Christ will send them not a true Pastor, but a destroyer.”

The 900-page investigative report of the Pennsylvania Grand Jury that examined more than half-a-million internal documents of dioceses in Pennsylvania, USA, discovered that 1,000 children had been sexually abused over a seventy-year period.

The report, which was released on 14th August 2018, identified 301 priests responsible for abusing at least 1000 victims.

These horrific crimes should be dealt with as they were in the Catholic past, with sentences including the death penalty being administered to convicted perpetrators.

But, in contradiction to the lurid headlines and disgusting stories liberally circulated by Mass Media and assorted anti-Catholic bigots who never miss a chance to slander and incite hatred against Catholics or the Catholic religion, the actual data revealed by this thorough independent review should be welcomed by Catholics and put into proper perspective.

Just as with previous analyses of official data undertaken by The Saint George Educational Trust, the Pennsylvania Grand Jury actually proves that Catholic institutions are still a far, far, safer environment for children to be in than the rest of society.

The latest report covers a period of 70 years, which is basically a human lifetime. So, the report essentially covers the lifetime of the entire Catholic population of Pennsylvania.

There are over three-million, two-hundred-thousand Catholics in Pennsylvania. Approximately one-thousand of them became victims of sexual abuse by clergy.

In other words, around 0.03 percent of Catholic children in Pennsylvania suffered sexual abuse at the hands of clergy.

Outside of the Catholic environment, official independent studies show that in the USA around a quarter of all children under eighteen – nearly 25% – are victims of sexual abuse.

As G.K. Chesterton famously said: “When people impute special vices to the Christian Church, they seem entirely to forget that the world (which is the only other thing there is) has these vices much more.” 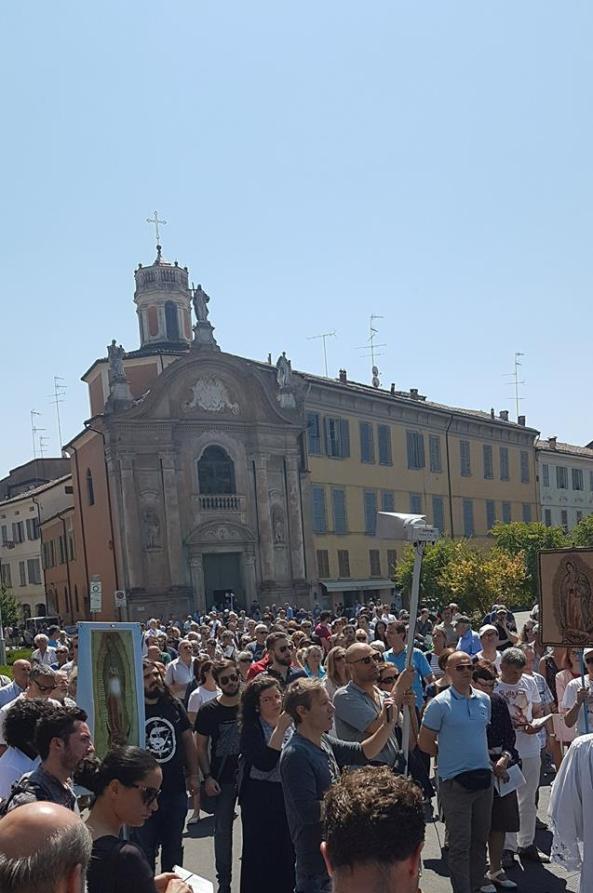 Some of the thousands-strong crowd who processed through the centre of Reggio Emilia, Italy, this morning, rosary-in-hand, in reparation for the town’s first ever sodomite “Pride” festival due to be held this afternoon…….. the New Order Diocese giving its full support to the sodomites (of course).